Sonic Megamix, the most well known Sonic ROM hack, has returned to the public spotlight with a post by, community oldbie, Stealth at Sonic Retro. Stealth revealed that the drama that resulted in the project’s cancellation months ago was a complete misunderstanding. Therefore, it was only canceled for three days and the once Genesis, now Sega CD project has had work done on it since being resurrected. When Stealth finally revealed that Megamix was not dead a few days ago, he and other team members brought videos with them to show the amount of progress that they have made in private.

Despite publicly announcing Megamix’s return, Stealth did lay some ground rules that I certainly approve of.

With that said, you know how I feel about my projects, and this is no exception. It never has been, less of Tweaker’s over-zealous promotion. I am protective, and I will remain so. We will do what we please with this project, and on a time-table of our own choosing. Requests and questions about release dates are annoying and pointless. There will be no further demos, or even “private” beta-tests. Fact is, Megamix was supposed to end development with “version 4″ (at a later point in time), until this mess happened. There is no way we can possibly make another non-final release and keep it substantially fresh. Trust me – you’ll thank us when you have much more to play with all at once than one level at the end of the game and a couple of menu text changes

Finally, and this is important, we reserve the right to halt completely at any time. We owe a debt to no-one, and we don’t have to publicize any newer builds. All we ask for is some decency and respect. Don’t launch into actual complaints about how we choose to handle our business. Don’t rip us off solely for the sake of riding off Megamix fame. Also, don’t go asking for or looking for things that don’t belong to you. If we hear about the leaked material, or see it being spread/used, that’s it. If you want to do our jobs for us, we just won’t, and when you can’t handle it, you’ll only have yourselves to blame.

The videos below showcases Megamix’s progress since its move to the Sega CD. The game is not only “Sonic CD” smooth, but now has CD audio, composed by DM Ashura of DDR fame. Megamix’s design continues to, in my opinion, bridge the old and new styles of Sonic. In addition to the classic Genesis presentation, new moves, such as the homing attack, and a higher emphasis on speed make their mark.

Now, if only the level design wasn’t so masochistic.

Looks like loads of people are eager to play Sonic Chronicles after all. Following the news on SSMB that Australian game stores have broken the official street date for the title’s release, it was only a matter of time before the illegal ROM dump started appearing on the Interwebs. Thanks to some eagle eyed members on Sonic Retro and X-Cult, the dump didn’t seem to take that long to arrive at all.

Those with an R4 Nintendo DS cart (which are totally used for homebrew and nothing else, honest) have been having some problems getting the ROM to run properly on their handhelds, but some workarounds have done the trick – apparently the solution involves an ARM7 patch file.

The Sonic Stadium was able to play the game at length some months ago, and we have to agree that it is a pretty damn good game, with a good mixture of action and RPG fused with classic Sonic banter. Let’s just hope that any positive opinions gleaned from playing the ROM will translate into bona fide sales for SEGA. After all, it only makes sense to support the company when they finally get something right.

The game is on track for a European release this Friday. We’ve just received our copy for review, so you can expect us all to chime in and give the non-‘Knockoff Nigel’s a definitive assessment.

Welcome to the Fan Spotlight, a segment that shines on creative works in the Sonic community that you should check out.

Over at Sonic Retro, member ColinC10 has made a brand new ROM hack that tests not only your time attacking skills, but your boss killing skills as well.  “Robotnik’s Revenge” is a Genesis ROM hack that pits you against every single boss from both Sonic 1 & 2.  Back to back, you are presented with these familiar challenges inside the Death Egg, a design reminiscent of the version of the Death Egg found in the “Sonic 2 Long Version” hack.  The hack is incredibly addicting, as your previous experience with these bosses leaves you coming back for more if just so happen to die.  I died a few times near the end and kept telling myself, “I know that I can beat this game!  I’ve done it a thousand times!”  Then, I kept playing.

The hack offers a time attack mode (unlimited lives) and a survival mode (with lives).  You can play with Sonic or Tails in both modes.  Please, give it a play, because it is really cool to see the Sonic 1 bosses implemented into the Sonic 2 engine. 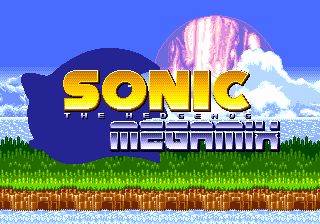