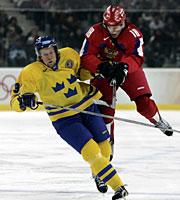 The latest Nintendo Power (#240) has some new information and images of the upcoming sequel to the popular summer Olympiad game that the two iconic characters competed at this past holiday season. The issue talked about some of the sports that Mario & Sonic will be participating in later this year in Vancouver, such as alpine skiing, bobsledding, and speed skating.  In addition to the titular characters, all characters that participated in Beijing will be returning for the Winter Olympics, in addition to some new faces.  If you ever wanted to see a purple, morbidly obese cat ride a skeleton luge, this game may make that dream come true.

Co-Op and competitive multiplayer will be available for the Wii version, while the DS will only receive the latter.  The Wii version will also put your unused Wii Balance Board to use.  When it comes to the DS, you might want to invest in some screen protectors for this game.  All that rubbin’ and scratchin’ will obliterate your touch screen.

Oh, and here are some scans, I guess: