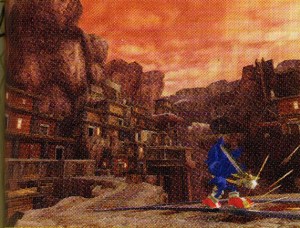 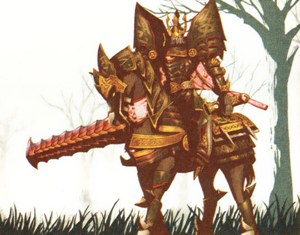 Nintendo fan site Nintendo Everything have managed to nab some new screens and artwork of upcoming Nintendo Wii game Sonic and the Black Knight. The images look a little grainy as if they’ve been scanned from a magazine but no magazine is mentioned in the sites post. Most of the screens we’ve already seen but a couple are new and there’s also some artwork of the big bad Black Knight riding horse-back, we’re yet to find out the horse’s name though but for now I’ll call him Dreadagus since he’s dark and Pegasus came to mind.

Another screenshot of Sonic outside of a dark town with a fiery sky looks like possible artwork but Sonic’s model looks like the in-game model so I’ll let you be the judge on wether that is art or in-game screenshot.

You can check out all of the images here

UPDATE: I have been informed that these images are from the latest issue of Nintendo Power, thanks to SSMB Member: Hero of legend