This is not a drill! According to Fandango’s Twitter account, the latest trailer for the Sonic Movie is on its way.

Fandango “Latam” (shorthand for Latin America) has just spilled the beans on Twitter. While we don’t know what time it’ll drop, we’ll be sure to keep our eyes peeled and update you on it’s premiere!

Are you excited to finally see Sonic’s new design revealed? Let us know in the comments below!

UPDATE: The original Tweet has been deleted, however other Twitter users were able to preserve it in an image format: 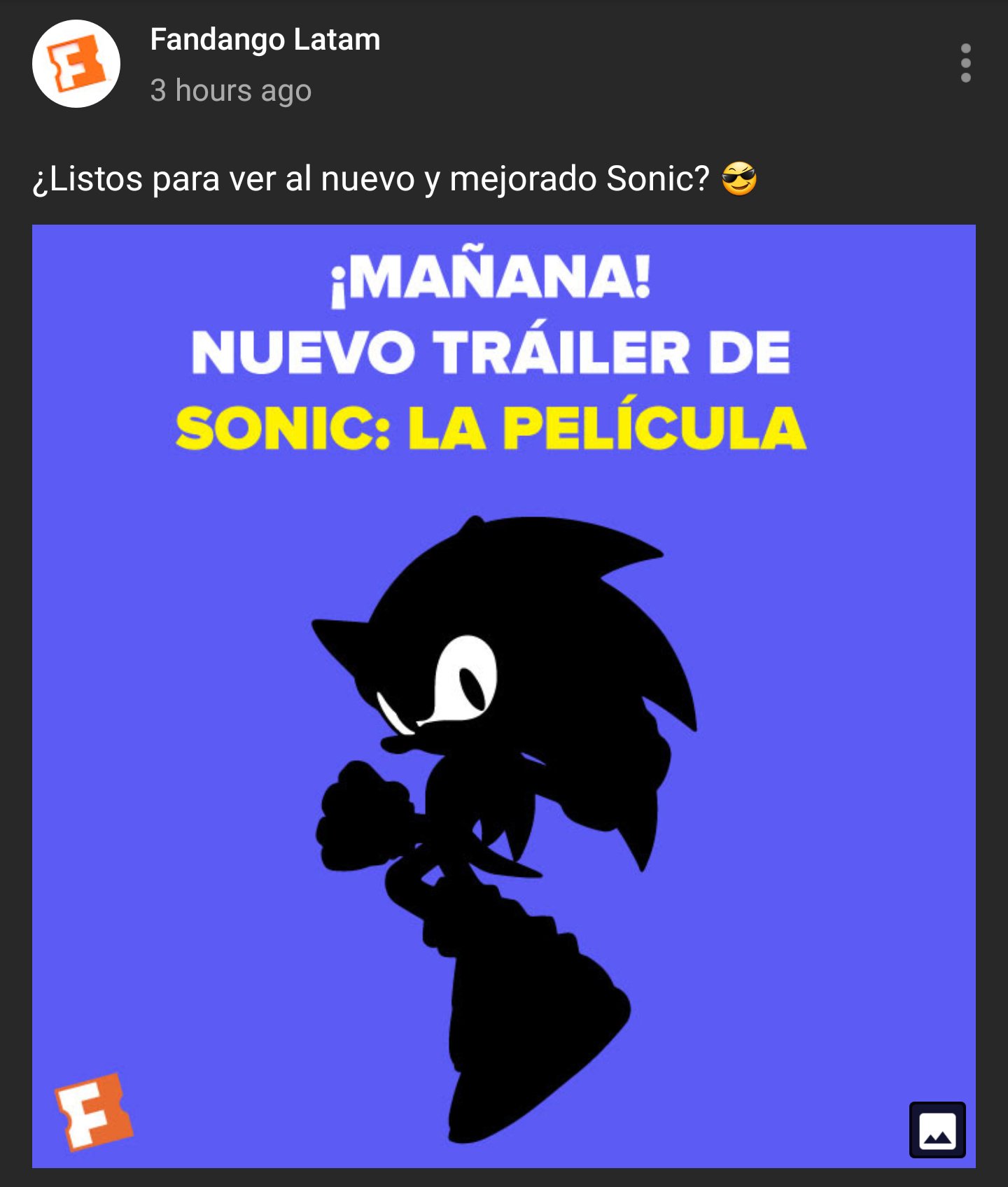