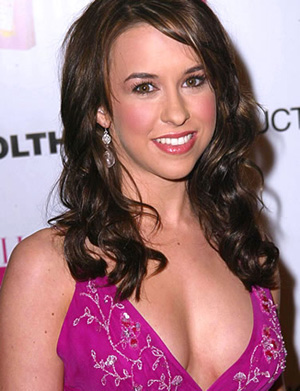 Lacey Chabert, voice actor for the new character in the upcoming NextGen title, “Sonic the Hedgehog” (PS3/360), sits down for an interview with GameSpy, where the two discuss many aspects of both her career, and the new Sonic game. The interview will be transcripted here for your reading pleasure (Original Interview by GameSpy):

GameSpy: When did you first get into the Sonic games?

Lacey Chabert: When I was ten. The game had come out the year before, and I was living in New York, and working, and one of the first big things I ever saved up my money to buy was a Sega Game Gear so I could play Sonic.

GameSpy: Was that what got you interested in being in the new one?

Chabert: Absolutely. I was excited to be involved since it’s the fifteenth anniversary of the game, but also because it was something I had been into growing up.

GameSpy: Did the people at Sega tell you why they wanted you for this role?

Chabert: They just told me that they thought my voice was appropriate for the character.

GameSpy: So how much of the game did you see before you signed on the dotted line?

Chabert: None. I only got to see it the day of, and I didn’t even get to see the finished game because when I was recording, only part of it was done. But what I did looked absolutely incredible. I was really blown away.

GameSpy: Did you at least get to see how your character would look in the game?

Chabert: Yeah, I did, which is always helpful because you have to make sure the voice matches the character and her body language.

GameSpy: Were you bummed out, though, that your character was a human and not a hedgehog?

Chabert: No. Though at first they said I was going to be the voice of Sonic, which I thought was odd because Sonic is a boy, and my voice doesn’t sound like a boy’s voice, but then they told me I was actually playing Princess Elise.

GameSpy: When you were working out the details of your contract, were you like, “I want a Sonic t-shirt, a copy of the game, two coffee mugs….”

Chabert: No, I don’t think I get anything. I’m going to have to go to Toys R Us and buy a copy myself.

GameSpy: So how did the recording sessions go? Did anything funny happen?

Chabert: Sort of. The creators of the game were there, but they don’t speak English, so I would do a take, and then would have feedback about what they wanted to be different, but it had to go from them through a translator to the director, who’d then tell me. So it got a little confusing at first.

GameSpy: Now this, of course, was not your first experience voice acting. You’ve done voices for a number of cartoons and video games over the years, including, if I’m not mistaken, Family Guy, where you were the original voice of Meg Griffin, right?

Chabert: I was. I did that for a season.

GameSpy: Does this mean you have a grudge against Mila Kunis, who does her voice now, and if so, can this be settled in a game of Sonic the Hedgehog?

Chabert: No, I actually left the show of my own accord. And only because I was in school and doing Party Of Five at the time. But I think the show is hilarious, and don’t have a grudge against her at all. I think she’s a great actress.

GameSpy: So no Sonic the Hedgehog grudge match…?

GameSpy: So have you played any of Sonic’s games since that first one?

Chabert: I have. I love video games, so I’ve played a bunch over the years.

GameSpy: Were you ever a fan of the Sonic cartoon? You know, the one where Sonic’s voice was done by Jaleel White, the guy who played Urkle.

Chabert: You know, I don’t think I ever saw the cartoon. I just played the game.

GameSpy: Besides Sonic, you have a ton of movies coming up. Of all the things you’re working on, which did you think will appeal most to Sonic fans and why?

Chabert: Probably Black Christmas, which is out in December, because it’s a horror film. I also just finished another movie called The Lost, but that’s a dramatic, psychological thriller. I don’t think that would necessarily appeal to videogame players.

GameSpy: Finally, given that your character in this game is human, and Sonic is an animal, do you think anyone is going to attack the game for promoting bestiality? Because people have said stupider things. Like when they accused Tiny Winky of trying to turn kids gay.

Chabert: Ha! No, you’re just being silly. It’s not an inappropriate relationship. Let’s just say Sonic and Princess Elise have an attraction for each other.

Interesting things worth noting include the confirmation of the alleged love interest between Sonic and Princess Elise, which was rumored around the Sonic community for quite some time now.

More details on the new Sonic game are bound to arise soon enough, and when they do, you can count on Sonic News to bring you the scoop!